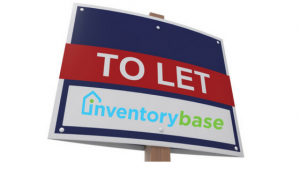 The government’s Right to Rent ruling, which makes it a landlord’s obligation to find out whether would-be tenants have the right to be in Britain, is to be challenged. The controversial scheme has already been introduced in England, with plans to roll it out in Scotland, Wales and Northern Ireland too. However, the Joint Council for the Welfare of Immigrants is hoping to block it. It is demanding that the proposal is put on hold until the government has looked into allegations that it leads to discrimination against foreign nationals, British people without passports and British black and minority ethnic (BME) tenants.

A JCWI report, backed by the Residential Landlords Association, has found evidence that people are likely to have experienced racial discrimination because of the Right to Rent ruling when it was introduced in England last year. RLA research has also shown that people without passports or who cannot easily prove their right to rent in the UK are finding it harder to access homes. Now the government plans to press on with extending the scheme across the UK, even though there is no evidence to show it is either efficient or cost-effective. The JCWI has written to the Home Office asking for the government to publish a full report of Right to Rent, before it is extended across Scotland, Wales and Northern Ireland. In the letter, the JCWI says that extending the Right to Rent scheme before evaluating whether it is discriminatory is incompatible with the Human Rights Act and European Convention on Human Rights, as well as breaching the public sector equality duty in the Equality Act 2010.

The JCWI is also threatening to take legal action if its request is not met. It has launched a crowdfunding campaign to raise the funds needed to legally challenge the Right to Rent scheme extension. It is urging supporters of the campaign to help it in its demand for the government to provide evidence for its policy.

In a report released earlier this year, the JCWI found that 51% of landlords who were surveyed would be less likely to have foreign nationals as tenants since the Right to Rent scheme was set up. In a `mystery shopping` exercise, a British BME tenant who did not have a passport had their request regarding letting either ignored or turned down by 58% of the landlords they approached.

Landlords are rightly cautious about taking on tenants without passports or other documentation to prove they are entitled to live in England. Not everyone has a passport or can afford to get a passport just to prove themselves to landlords. Because buy-to-let investors can get a criminal record plus a hefty fine if they are found guilty of breaching Right to Rent rules, many are urging on the side of caution, rather than face court proceedings.

Not only does the scheme seem to discriminate against British BME citizens, foreign incomers and British people without passports, it also imposes increased costs on landlords to carry out the checks.

Try InventoryBase today here to keep your property stock in check and up to date.

InventoryBase™ is a registered Trademark of Radweb Ltd. All rights reserved.